The UK seaside amusement park Adventure Island has utilised DPA’s masterplanning expertise to assist in the development and creation of a brand new indoor section of the park.

The initial requirement was to produce a site masterplan for a proposed new indoor attraction space which was being planned in order to enable the park to increase its opening periods and to add an all-year-round operational element to Adventure Island.

In addition to the overall masterplan and associated visuals, DPA’s contribution also included assistance with planning the content and layout of the new area and helping the operator to understand how it should integrate into the normal requirements of the business as a whole. And following the initial stages, the brief was subsequently extended to provide masterplanning of the park around the new building to begin to organise sections of the existing park.

DPA also detailed the internal layout of the indoor area with specifications for the ride and attraction mix within it.

“What started out as a masterplan exercise developed into helping Adventure Island think more widely, in particular operationally, on how this new indoor attraction should and could complement the business as a whole,” commented DPA Managing Director Duncan Phillips.

And the input from DPA has clearly been hugely valuable to Adventure Island. The park’s Managing Director Marc Miller commented: “The new indoor fun park is a £4m to £5m project that we want to introduce to provide an all-year-round offering. We obviously had our own ideas on what we wanted to do but after initial discussions with DPA these changed. They brought a different dimension to the thinking behind the project, with ideas on people flow, design, the best place to position rides and attractions, how to link entry with our annual pass, membership opportunities and more. From an operational perspective too they have advised on many different areas and have added tremendous value to the project. We certainly plan to use DPA a lot more in the future.” 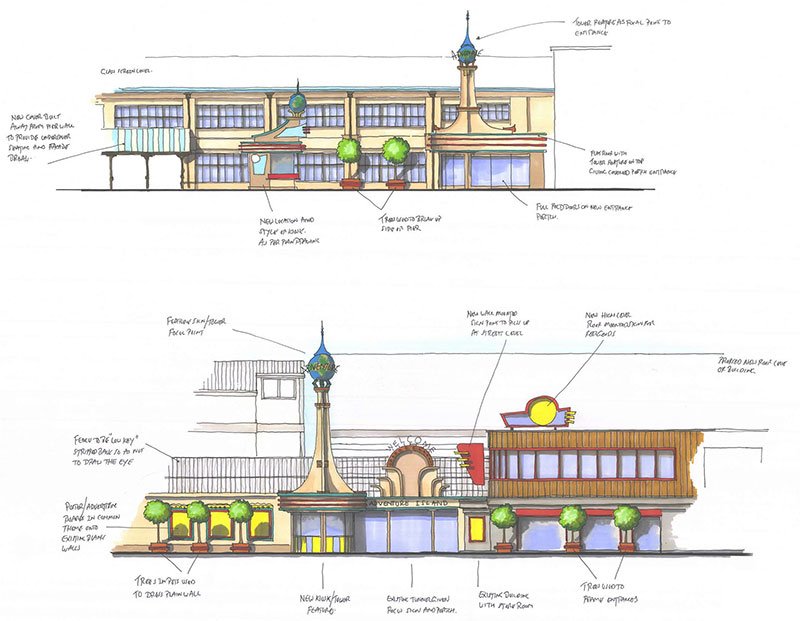